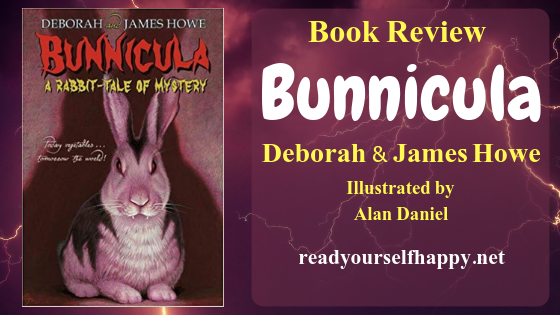 Bunnicula is a children’s book told from the point of view of two of a family’s pets: Harold, a dog who loves to eat, and his best friend Chester, a know-it-all cat.

When the family goes to the movies one night to see Dracula, one of the children in the family almost sits on a bundle in his chair, and that bundle turns out to have a small bunny in it. The family adopts the rabbit and brings it home, naming it Bunnicula.

Chester becomes suspicious after seeing Bunnicula out of his cage one night, seemingly getting right through a locked door. Then even stranger things start to happen. The family begins to find vegetables drained of all of their colors. Also, during the day Bunnicula never wakes up, only becoming animated with the rise of the moon. Chester makes a startling revelation, as all of these signs, and more, point to Bunnicula being a vampire!

Wanting to save his family, Chester begins reading up on vampires and, with the somewhat reluctant help of Harold, tries to get rid of Bunnicula. However, many of his plans are foiled, the family becoming irritated at Chester’s misbehaving.

I never read this book as a child, which is unfortunate because I know I would have loved it. I found it at Goodwill recently and, since Halloween is right around the corner, thought it would be fun to read.

Harold is a lovable character and wants to see the best in everyone, a wonderful quality to see in a children’s book. He also does what he knows to be right, even if that means coming into conflict with his best friend, Chester.

I feel like this book should have a disclaimer, as one of the children frequently feeds Harold chocolate cupcakes, which is obviously very bad for dogs. It’s not a good habit to teach to children.

The illustrations by Alan Daniel were really cute and made the whole story even more fun to read. 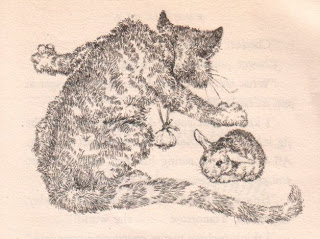 If I ever have kids, I know I’ll read this to them. It was an adorable story, and I love that it was told from the point of views of the animals. It’s a light-hearted take on the classic vampire story.

3 out of 5 stars. It was fun, easy to read, and a great book for children on Halloween.

I have to share this because it is just the cutest, and I wish I had the extra money to spend on one right now!

There’s a great Etsy shop called Squidbrains, where you can find the most adorable Bunnicula enamel pin. I absolutely love it. 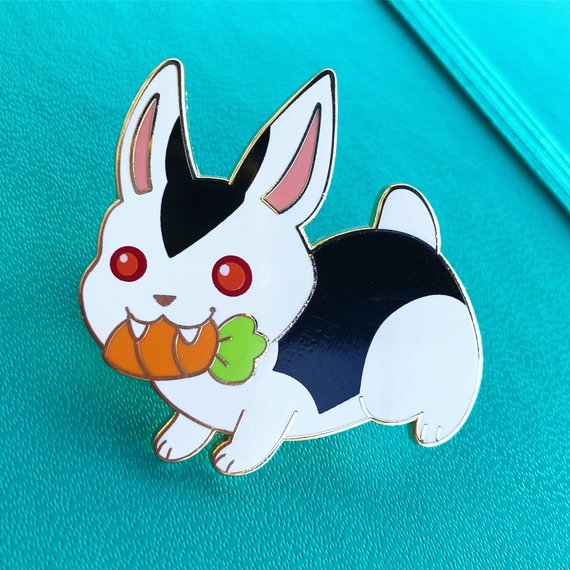 Also, if you want to know a little bit more about James and Deborah Howe, there’s an article over at Mental Floss that you should read.