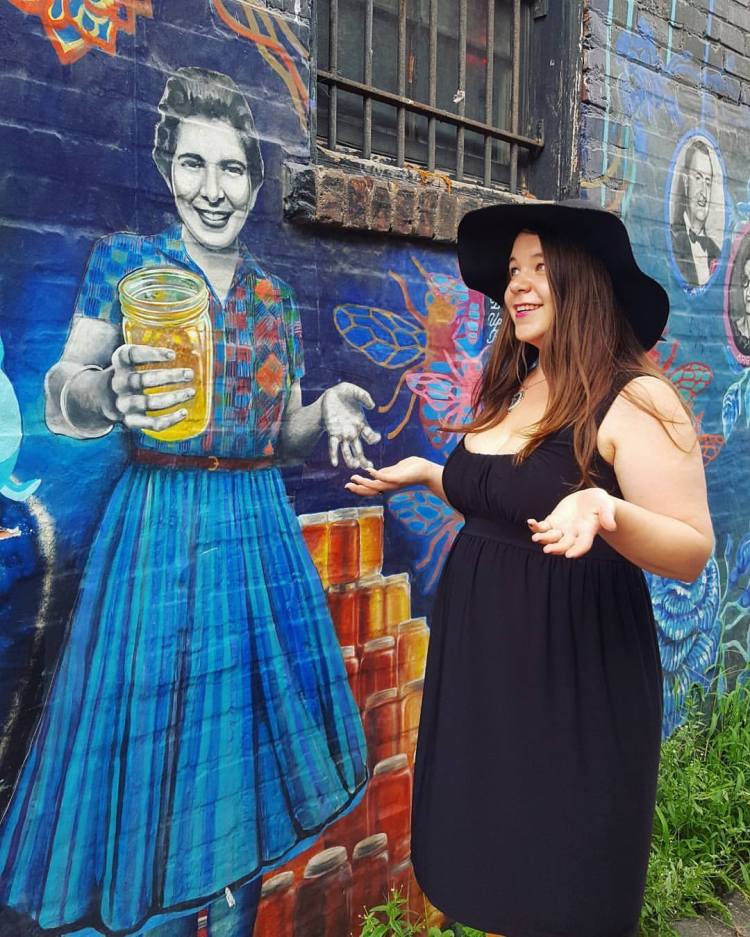 I’ve been wondering for a while if this is something that I wanted to write about on my blog. Even though Read Yourself Happy is a blog about books and wellness, the way I talk has had a very large impact on my life and is one of the things that made me fall in love with reading at a young age.

Years ago, I attempted to start a Tumblr blog about what it’s like being an adult with a speech impediment, but as the sole focus of a blog, I couldn’t think of enough content to write about on a daily basis. While it’s something that I struggle with every single day, I felt like I was repeating myself a lot. On a blog such as this one, however, it’s something that I won’t feel compelled to write about daily or even weekly.

Something that stuck with me in those short weeks that I maintained the Tumblr blog was the response I got back. In particular, there was a private message sent to me by a high school student who had the same speech issues I do and told me that she was being bullied in school. She said that the short essays I’d been writing inspired her and made her feel as though it wouldn’t always be so hard. I’ve never forgotten that, and since then I’ve continued to want to write about it.

I have a lisp and rhotacism. Essentially, I have trouble pronouncing sounds such as r, s, sh, ch, ll, and several others. While the way I talked has improved slightly as I’ve gotten older, it is still the first thing people notice about me.

There were a lot of moments growing up, and even into adulthood, that had a large impact on how my life has turned out. In high school, I would choose to take a zero on a large project grade rather than stand in front of the class and talk. This happened so frequently that when I think back to my grades in high school I’m ashamed of myself for letting that happen. My grades were never terrible, but they would have been so, so much better if I’d tried harder and not let the way I talk hold me back.

I basically never talked to anyone in high school. I had very few friends and missed out on things like prom and dating in high school because I was terrified of talking. Part of this was due to bullying I’d experienced, and some of it was due to my intense depression, social anxiety, and feeling inferior to everyone else.

During all of this time, I absolutely immersed myself in books. I’d always loved to read, which was made easier since I grew up in a house full of books. In high school though, I would often retreat to the library during free time and lunch because I was happiest and most comfortable there. I could walk up and down the aisles and not have to explain myself to anyone.

As I grew older, I overcame some of the problems and anxieties that plagued me in high school. When I started college, I realized that I actually cared about the topics I was studying and forced myself to do the assignments, even if that meant talking in front of the class. There were even times I’d raise my hand unprovoked to talk in class, an absolute first for me.

Two years after I started college, I dropped out because I loathed my major – political science – and wanted to figure out something else. I moved to Asheville, NC, where I eventually landed a job at a hotel and discovered that I had the best co-workers in the world and made a ton of amazing friends. As I met new people and fended for myself in this new town, I started to realize something – people don’t care (for the most part) about the way I talk. It was a startling realization for someone that spent so much time holding themselves back to the point that it had been detrimental.

There were two things that pushed me from being shy and anxious around people to finally discovering what it felt like to be confident. I transferred to another job in the same hotel that required me to give guided tours to groups of people, and I started experimenting with online dating. Those two new features of my life taught me that most people might be shocked initially upon hearing my voice, but I didn’t have to let the way I talked define me. I’d go on dates and it would never even come up; I’d give a tour to fifteen people and no one would get upset that they couldn’t understand me; I’d meet new people and they would stay that they actually liked the way I talked! It was bizarre and wonderful at the same time.

I’m grateful for my early years in Asheville because I learned that the way I talk is just a feature of myself that makes me unique, and that I am not just the way I talk.

If you guys want, I’ll post a video talking about this topic in more detail, which would also share my specific speech impediments and the way I talk. Since discovering Booktube last year I’ve been itching to start a channel, but once again, I find myself holding back because I still have anxiety over the way I talk. I’m trying to push myself to start it and just see what happens though.

I’m planning on sharing more about my experiences with being an adult with a speech impediment in future posts. If you’ve had similar experiences, let’s discuss in the comments.

3 thoughts on “I Have a Speech Impediment”