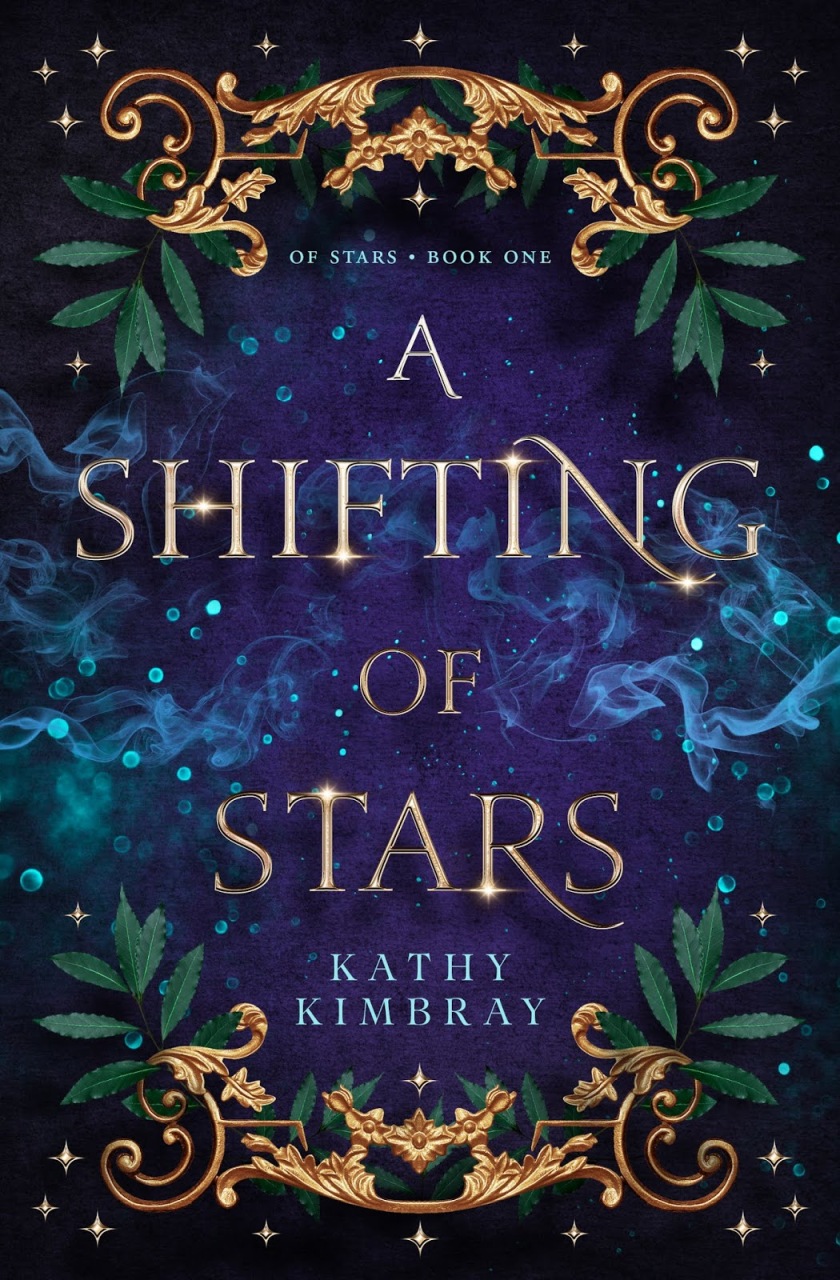 I was fortunate enough to be sent a free e-ARC of A Shifting of Stars from the author, along with the opportunity to participate in her cover reveal.

A Shifting of Stars is the first book in a young adult fantasy trilogy. Our heroine in the story is Meadow Sircha, who watched her mother die from a wilting sickness as their emperor squandered the money of their kingdom instead of bringing life-saving medicine into their communities.

One night, Meadow takes a chance and shows up at the Gathering of Wordsmiths, an underground poetry/story community, and gets in front of the crowd to take a stand against the emperor and his famed gladiator fights. When she is finished, another member of the audience is inspired, and follows her onto the stage, sharing his own tale of misfortune at the hands of the empire.

Their cries for revolution are overheard by the emperor’s son, Prince Malthe, who happens to be traveling past. Meadow is arrested alongside the owner of the establishment where she spoke out, and they are taken to the city to be imprisoned.

From there, Meadow is rescued by members of the Emperor’s palace staff. Before she can get out of the castle, however, she discovers that Prince Malthe has a very dark secret. She also finds out, much to her horror, that her father has been arrested at Prince Malthe’s request.

As Meadow escapes the palace’s walls, she is aided by two boys that she recognizes from the Gathering of Wordsmiths – Vogel and Casper. They promise to help Meadow free her father, along with Meadow’s best friend, Anai. The journey is a long one, and they have to pass through the Sparselands, a forest that is generally avoided due to unknown dark magic.

I was hooked from the first chapter, as I love books that begin in desolate or dark settings. We first meet Meadow as she makes her way to the establishment where she wants to share her story, walking along streets where…

Another aspect that is revealed about Meadow early on is that she has lost her mother, something that made me feel empathy towards her character. As I’ve written about before, my own Mother died nine years ago, and when I read about a character expressing the same feelings I’ve been dealing with all these years, it always serves to attach me to them.

“…I need to release my sorrow. To reclaim my spirit. To make things better. Since losing Mother, I’ve barely slept, never mind being able to rise with the sun. I’ve missed so many days at the market that my father has often picked up my slack, working longer than he should to bring in more coin.”

That last quote – I know that pain well. After my mother died, I missed days and days of work, I struggled to get out of bed, and it was like the whole world lost meaning to me for weeks.

I enjoyed the characters in the story, although Meadow’s love interest was predictable. While I could have done without that budding romance, the rest of the story was great.

I won’t be giving any spoilers away in this review, but I was absolutely not expecting the ending! I was shocked by it, but it was a twist that I haven’t encountered often, so it was refreshing. I can’t wait to read the next book in the trilogy!