Remember a couple of weeks ago when I talked about my top 10 favorite X-Men characters? Number one on that list was Gambit, aka Remy LeBeau.

As soon as I found out early last year that Marvel was going to be putting out a new series about Rogue and Gambit working together, I immediately added it to my pull list at my local comic book store. I love the tension between these two characters, so I was excited to see where this story went.

Rogue & Gambit: Ring of Fire takes place on a tropical island at a couple’s retreat. The pair is sent there by X-Men leader Kitty Pryde because mutants have been mysteriously disappearing. Rogue and Gambit are the perfect couple for this mission as they really are an on again/off again romantic couple with plenty of baggage and issues to work through. Things don’t go quite as planned once they arrive, however. 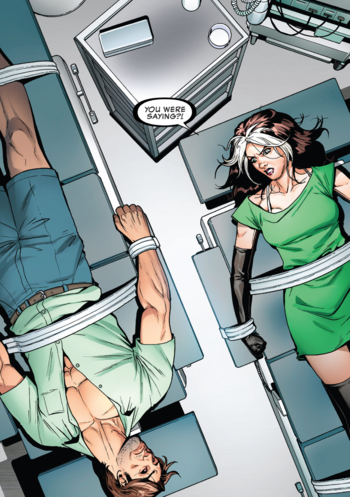 The story has the pair of them fighting against the nefarious people running the retreat, plus dealing with their own past and all of the things that have pushed them together and pulled them apart over the years.

I adored this series. First, there’s the art, which is perfect. One of the things I liked about this series is that there are a few parts where we’re reminded of many of their past superhero costumes. Pere Pérez did an absolutely wonderful job with everything. He also did a perfect job of making the characters’ faces very expressive. 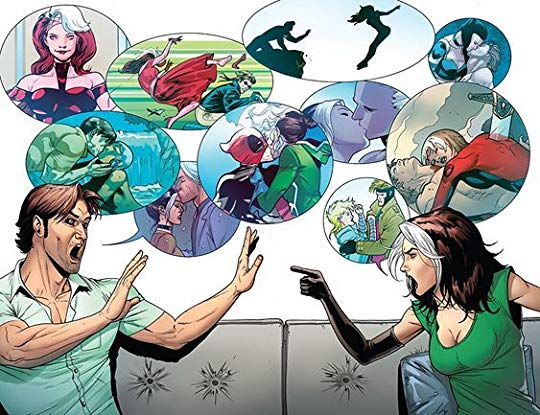 Then there’s the story itself and the writing. Kelly Thompson is one of the best writers in the comic book industry right now, and that really shows with this series. There’s so much tension between the characters, but the writing also shows how much they care for one another. The story also moves at a great pace with plenty of action while still making time for the difficult topics between Rogue and Gambit.

The only aspect of the story that could have used a little more attention was where the villain was concerned. Her motivations felt weak and she wasn’t shown to us enough for us to really care that she was there. The star of this story was Rogue and Gambit working through their demons, and their mission at the couple’s retreat felt secondary. 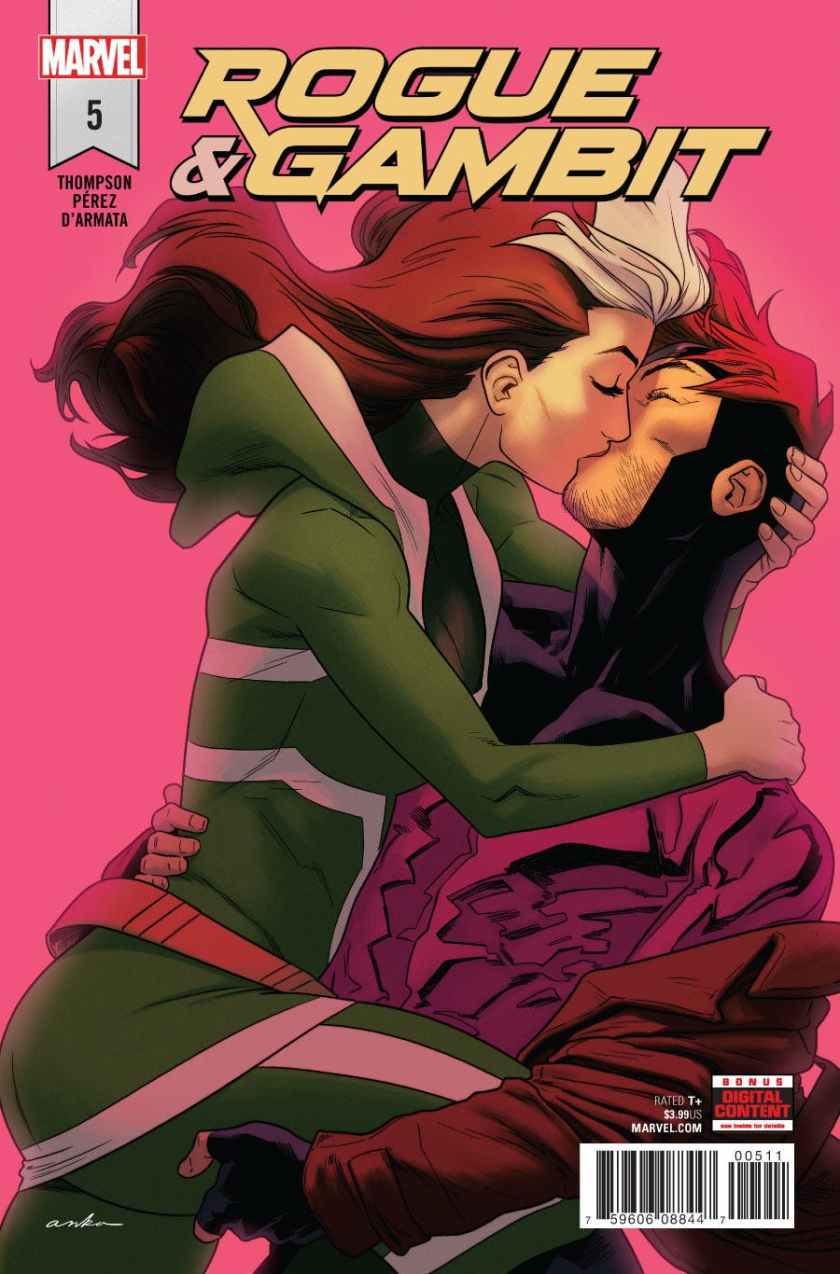 To read this series, I’d recommend that you have at least some knowledge of the X-Men, particularly in series where Rogue and Gambit work together on the same team so that you get more of an idea about their past together. If you already have that knowledge, though, definitely read this series. It’s only five issues, so it’s relatively short, but it’s perfect. Also, there is another, on-going series with Rogue and Gambit called Mr. and Mrs. X, and it is best to read this series first.

Have you read Rogue & Gambit: Ring of Fire? What did you think?