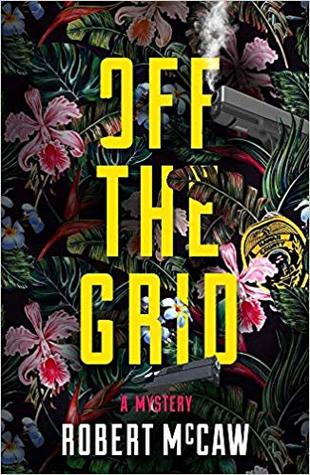 I received a free review copy of this book from the publisher in exchange for an honest review.

Off the Grid is a book that would typically be out of my comfort zone, but since one of my goals for 2019 was to get out of that comfort zone, I thought it’d be fun to give this novel a try. In the end, I realized that I’m just not that into police procedural mysteries.

This is nothing new to me – I’ve never been the type of person to enjoy shows like Law & Order or any true crime media. However, if you are one of those people who will binge-watch police dramas or if it’s a genre that you frequently find yourself reaching for, you will love this book.

Off the Grid takes place in Hawaii and follows police detective Koa Kāne as he tries to unravel a baffling pair of murder cases. One of the victims, a woman, was killed in an explosive, and seemingly staged, car accident. The other, a man, was found tortured and disposed of in the path of advancing lava.

The mystery of the identity of the two victims and why they were murdered is a very intriguing one, full of politics and set on an international stage. The majority of the characters are interesting, and this was a very well-written and well-researched novel.

One of the things I enjoyed the most about Off the Grid was everything that I learned about Hawaiian culture. I’ve never been to Hawaii and I’m also not very familiar with anything about the state. Learning about heiau, or traditional Hawaiian temples, was particularly fascinating. There’s also a lot of talk of Hawaiian flora and the types of people who call Hawaii home. Something else I learned from the novel is that there are 20,000 species of orchids, and that’s a fact that definitely blew my mind. 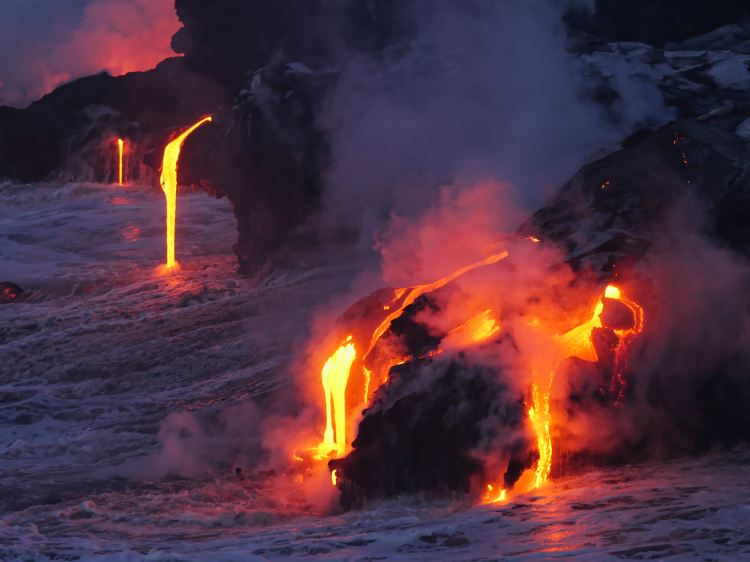 I’ve read a lot of mysteries that left me bored after figuring out the twist of the story early on – this novel was definitely not one of those. It left me guessing right up to the very end, and it was refreshing reading a novel that I didn’t predict right off the bat. It’s quite intricate and well put together by the author.

One other aspect of the novel that I enjoyed is that our main character, Koa Kāne, has a pretty dark history. While I don’t want to go into spoilers, he has a really interesting back story for a police detective, and I thought that was pretty original.

The reason I’m giving Off the Grid 3.5 stars rather than a higher rating is that, at times, the book was difficult to get through. It’s very slow-moving at times and because of that, I found myself getting turned off at various points through the novel.

Another gripe I had about this novel was that the female characters left a lot to be desired. There are two women who are important to the plot. The first is Koa’s girlfriend, Nālani. In short, she’s basically perfect, and perfect is boring. She doesn’t have much personality and I found myself annoyed at the lack of any real characteristics for her. The second woman, Rachael Ortega, is essentially the complete opposite of Nālani – dowdy and pathetic. Just like with Nālani, her characterization annoyed me immensely. I feel as though the author could have fleshed out his two female characters to be as complex as the men, and it bothered me that they were both so flat.

In the end, I think if you like police procedural dramas and mysteries, you’ll enjoy Off the Grid. It’s likely not a genre that I’ll dip my feet into frequently, however. Off the Grid is the second novel is a series, the first being Death of a Messenger, but you do not have to read the first book in order to enjoy or understand the second.

Have you read Off the Grid? What were your thoughts? Let me know in the comments!

If you’re a fan of mysteries, here are a few other books you might enjoy:

3 thoughts on “Off the Grid by Robert B. McCaw – A Review”