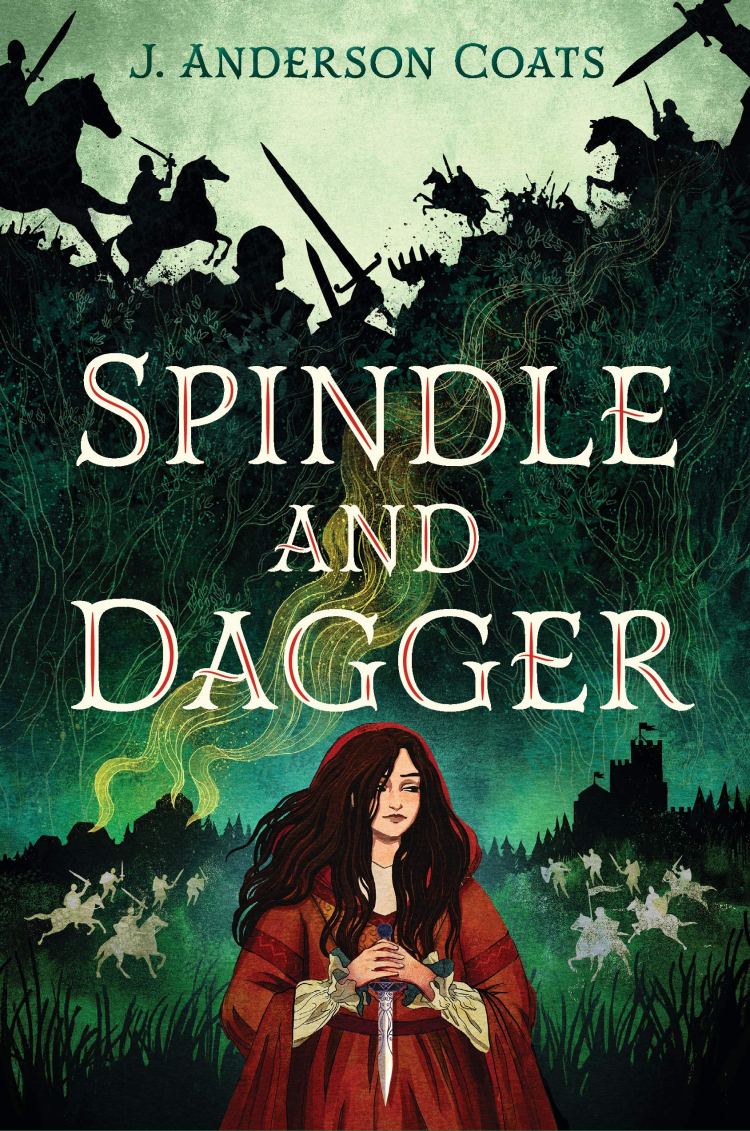 Note: I received a free ARC of this book from the publisher. This in no way affects my opinions.

The cover of Spindle and Dagger is gorgeous, and that’s what initially drew me to this novel. Then I learned that it was a historical fiction novel set in Wales in the 1110s, and I was absolutely down to read it. I love historical fiction, especially when it takes place somewhere that I’ve never been to. I had a feeling that I would really enjoy this novel.

Spindle and Dagger follows Elen, a teenage girl who watched her family be murdered by a warband and who convinced the leader said warband, Owain ap Cadwgan, that she could keep him alive through her connection with Saint Elen. While Elen’s basic needs are provided for, it is not an easy life. Her position hinges on Owain staying alive and she has no freedom.

Despite wanting to enjoy this book, I found myself having to push to get through it. I was bored the whole time. The thing is, there’s not necessarily anything wrong with Spindle and Dagger, but it’s just so average. I had no strong feelings about the characters or plot because they were all average. J. Anderson Coat’s writing was just fine.

However, a novel being average and fine are not enough for me to enjoy or recommend it.

The story didn’t feel complete to me, but it’s hard for me to put my finger on where exactly it could have been fleshed out a bit more. Again, the storytelling and plot weren’t bad, but there was nothing that stood out as compelling.

Elen has severe PTSD from Owain’s warband raiding her home and murdering her family, and while there are instances within the story where the character has flashbacks, it should have been dealt with more. It seems like an important part of Elen’s character, but it never gets resolved or discussed in any way except in her flashbacks. In the same manner, Elen has also been a victim of rape and sexual assault, and that’s also passed over in the story.

Elen’s character didn’t grow enough during the story for me. From start to finish, she remains weak and timid, only daring to escape the warband when she has the help of someone else. There’s one moment towards the end of the novel where she attempts to take matters into her own hands, but it was hard for me to support her actions because ultimately they helped Owain and his band escape to continue chasing her.

I did think that Coats’ decision to tell the story in the first person from Elen’s point of view was the best way to tell this story. I also appreciated the author including a brief guide at the beginning of the book showing readers how to pronounce Welsh words. It helped a lot because even though Welsh is a beautiful language, it’s not an easy one for English speakers.

I can’t recommend this book because there wasn’t enough in it for me to enjoy. There are much better historical fiction novels on the market. The story was forgettable, and I had trouble recalling some of the names and plot points of the tale just two days after finishing it.

Have you read Spindle and Dagger? What were your thoughts? Let me know in the comments.

2 thoughts on “Spindle and Dagger by J. Anderson Coats – A Review”