The world is scary and complicated right now, but at least we still have books, right?

April has quite a few new releases that I’m really looking forward to. And for some reason, almost all of them are coming out on April 7th!

Like many people, I’m not financially secure enough to run out and purchase any of these, so they’ll be on hold at my local library for whenever they eventually open up again. Don’t forget about free reading resources too! If you have a library card, you have access to books (including some new releases!) through Hoopla and Libby, which are wonderful resources.

I was fortunate enough to receive a few of these books in the mail from publishers, and they are all on my April TBR! These include Chosen Ones, The Southern Book Club’s Guide to Slaying Vampires, The Glass Magician, The Unsuitable, The Eighth Life, and Auras.

Amazon and Goodreads links are provided for all books listed below. Descriptions are courtesy of the publisher and Goodreads.

What books are you most excited about in April? Let us know in the comments! 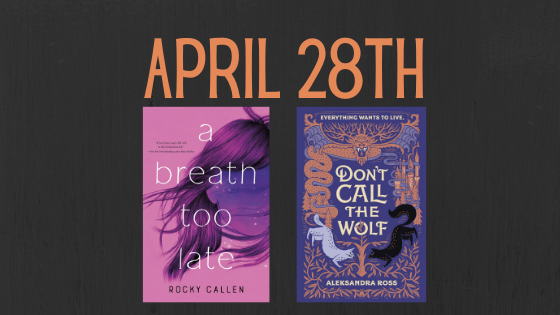 My company just told us that we’ll be working from home until at least August 1st, possibly longer. I am absolutely okay with spending that time working underneath my sleepy kitty supervisor.
My succulent exploded with babies. Apparently I’m not as terrible with plants as I though. #plantstagram
#kittycatlayla has decided that she likes to bite my arm while I’m on the phone with clients. She’s too cute to be mad at though. #catsofinstagram