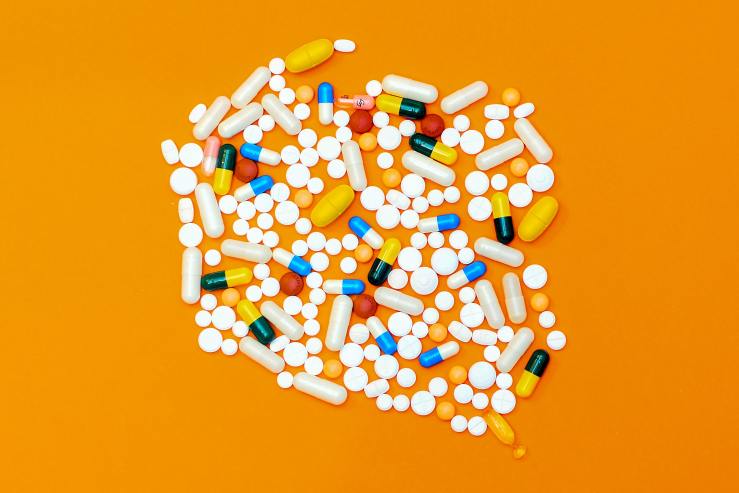 Late last year, I was at work and started feeling really foggy. My hands were trembling, my anxiety was rising, and I started to feel confused. I would look at my computer screen and within seconds forget what I was looking at. It was terrifying.

I told my supervisor that I needed to leave. I called my boyfriend to have him pick me up, and while I waited I called my psychiatrist. I described my symptoms to her, and she told me to start reducing the amount of quetiapine (a schizophrenia medication that is also used to treat bipolar disorder) I was taking by half every three days until I wasn’t taking it anymore. Eventually, I started feeling normal again, but it was a scary experience to feel myself growing more and more confused and frazzled by the moment.

I’m not sure if I’ve written about that experience on here before, but I was thinking about it recently after speaking to a friend about medication interactions. I had mentioned to her that I was taking Lexapro and Trazadone (among others), and she told me that her doctor had advised her not to combine the two because it can lead to serious side effects, including serotonin syndrome. I looked it up online and sure enough, she was right:

Using escitalopram [Lexapro] together with trazodone can increase the risk of a rare but serious condition called the serotonin syndrome, which may include symptoms such as confusion, hallucination, seizure, extreme changes in blood pressure, increased heart rate, fever, excessive sweating, shivering or shaking, blurred vision, muscle spasm or stiffness, tremor, incoordination, stomach cramp, nausea, vomiting, and diarrhea. Severe cases may result in coma and even death.

Obviously, I stopped taking the trazodone. It’s a sleeping aid, so thankfully it’s not something that I’m required to take daily and there are no issues with stopping it suddenly.

After feeling relieved that I had avoided any of the above horrifying side-effects, I was disappointed and frustrated that two separate doctors had approved the combination for me, even doubling the amount of both recently. Then when I picked them up at the pharmacy, the pharmacist didn’t advise me to be careful with them.

While I feel like it is the responsibility of doctors and pharmacists to alert patients when they may be taking a potentially deadly cocktail of drugs, it made me realize that I also need to take some responsibility for my own health.

If you start taking a new medication, pay attention to your body. If something feels off, don’t be afraid to call your doctor or pharmacist to find out if it’s normal. Use the power of the internet to research drug interactions. Read the pamphlets that come with your medications.

It’s so important to maintain both your physical and mental health and being attuned to your body and realizing if something is wrong is a huge part of that. Take control of your health as much as you can and learn to be an activist for yourself. No one knows yourself better than you do!

Have you ever experienced a scary side-effect from a medication or combination of medications? Let’s talk about it in the comments!