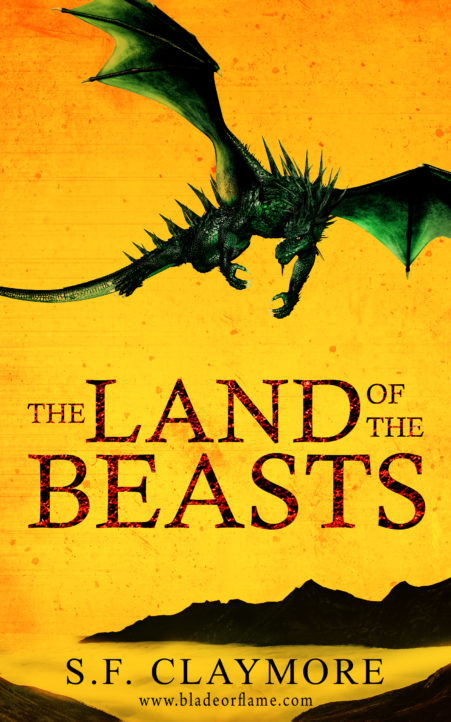 Note: I received a free ebook of this novella from the author in exchange for an honest review. This in no way affects my opinions.

I’ll read pretty much any book that includes dragons, so when S.F. Claymore reached out to me to review this fantasy novella, I immediately said yes. It’s a prelude to his novel Champion’s Rising (Champion of Psykoria Book 1).

I wanted so badly to like this, but it didn’t work out. This is a novella, so it’s a very short read, and obviously, novellas are not going to be as detailed as a full-length novel. Despite that, I just found myself thinking that the story felt unfinished.

There were several issues I found with this story that prompted me to give it just a 1.5-star rating. First, I felt like I was reading a first draft or an outline of a story, not something finished. The story progressed quickly, but at the price of sacrificing any kind of character development and world-building.

As a result, this story was very one-dimensional and flat. I had no connection to any of the characters, and King Breetor was just a generic fantasy king on a quest – a quest that made little sense due to the lack of world-building. Essentially, to prove his worth to his council, he has to find a dragon and bring back proof of their existence. Despite dragons helping them in a previous war. Despite his having soldiers that he could send so that he wouldn’t have to leave his kingdom for several years. The story just didn’t make sense to me.

Perhaps in the novel, Champion’s Rising, the story and world-building will be better. However, based on how I felt about this novella, I probably won’t be reading it.

Looking for some fantasy books to read?