While I don’t usually read celebrity memoirs (with a few notable exceptions), I listened to the audiobook of Carrie Fisher’s Wishful Drinking because I wanted to learn more about her struggles with bipolar disorder, a condition that I also have.

It’s a very short audiobook at just a little over three hours. I knocked it out while playing Minecraft (which has become my favorite activity while listening to books).

I had hoped that she would talk about her experiences with bipolar disorder and electroshock therapy. However, the book is more or less about her experiences being surrounded by famous parents, spouses, and friends. There was a lot of airing of “dirty laundry,” as she discussed her father’s drug use and sexual affairs, which was less than interesting to me. If you’re into celebrity drama, however, you might really enjoy these parts.

Her love for her daughter is so clear through her words, which I found super-sweet. As the audiobook is narrated by Carrie Fisher, so much of her personality shines through. With the exception of a lot of strangely placed yelling, she came across as hilarious and very loyal to her daughter and mother.

Having wanted perhaps a deeper memoir, Wishful Drinking felt like a bit of a letdown. Apparently this book is based on a one-woman show that she did. Perhaps it didn’t translate all that well to book-form. I know she wrote several other books, so if you’re a big Carrie Fisher fan, maybe check one of those out first?

Who would have thought that a science fiction film released in 1977 would end up becoming one of the biggest franchises and fandoms in the world, still wildly popular over forty years later?!

To celebrate Star Wars Day, here are some awesome loot and books to help you embrace the force! 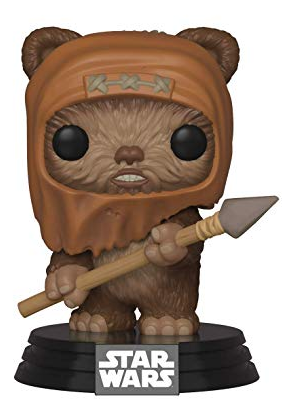